The Best Microphone for Podcast 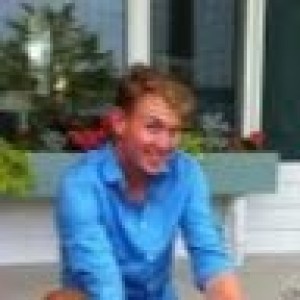 So now that we’ve done software, let’s look at microphones. We touched on them briefly in our guide to podcast recording, but today we’re going to break down the different aspects of microphones and hopefully inform you enough to look past the marketing and make informed decisions on mics based on the specs.

And let’s start with the one thing that seems to come up the most with microphones, which is “XLR or USB?”. The answer to this, as with anything we write about here at Podigy, is “it depends, but not for the reasons you may think.”

To get our voice into the computer, both XLR and USB microphones convert sound waves to an electrical signal. The biggest difference is that an XLR microphone will be plugged into an audio interface that will convert that signal into bytes, while a USB microphone skips over the audio interface and plugs right into the computer. Both the interface and the USB mic will have a converter in them, some sort of chip that handles the analog-to-digital (A/D) conversion of the incoming signal. And over the years much ado has been made about the quality of these chips.

Recording purists have long been skeptical of the A/D chips in USB microphones. The thinking goes that since USB microphones have to house the A/D chip as well as some form of pre amplifier within such a small space, compromises must have been made. And this is true, to a degree. In a shootout with most XLR microphones – and certainly any that cost more than say, $500 – you’ll notice a real difference in sound, unquestionably. That being said, comparing a $70 microphone like an ATR2100 to an SM7b, a microphone that costs 7 times as much, you’d be foolish to expect the former to have the same quality of components across the board, let alone in A/D chips.

All this, of course, is without taking into account the fact that neither of these mics are going to sound as great as they could once you’ve packaged them in a low-bitrate mp3. While you’d be hard pressed to find a pop recording using a USB mic, where the nuances of the performance are central to the song, the way podcasts are distributed strip much of that nuance away anyways.

The only real downside, from a podcasting perspective, of USB mics is the added complexity in recording more than one on a single computer. Hindenburg can do it natively, but users of other DAWs will have to set up either aggregate devices on Mac, or ASIO4All devices on Windows, which can be a bit of a pain. However, audio interfaces that have more than two inputs can start to get a little pricey, so you may find fiddling with these programs, or picking up Hindenburg just to record into, to be your best bet.

But that is just one aspect of what to consider when looking for a microphone. You’ll also have to decide on what sort of capsule you’ll want. Different capsules have different ways of capturing sound, and are appropriate for different situations. The most common types of capsules are condenser and dynamic.

Condenser microphones use phantom power to power a membrane, and measures the fluctuation of current to interpret soundwaves. This system, and the fact that it is actively powered, make condenser microphones incredibly sensitive to the sounds around it. Within the context of a recording studio, this can work in artists’ favour, as the increased sensitivity can capture the most subtle parts of a performance. However, in an untreated room, using a condenser microphone often means picking up lots more ambient noise and crosstalk.

Dynamic microphones, on the other hand, use a magnetic coil to record sound waves, and unlike condenser microphones, are not powered. This has two effects: the first is that most dynamic microphones will have more uneven response curves to incoming audio. For podcasters, this means more work with EQ afterwards to get a more natural sound.

The second effect of being an unpowered microphone is that dynamic mics are much less sensitive to their surroundings. Most dynamic mics capture sound only from what is directly in front of it. Because of this, dynamic microphones are often used onstage, as they are much less likely to feedback than condenser microphones. For podcasters, this also means that much less of the room ambience and crosstalk will be picked up, making them a great choice for podcasters who record in groups or anyone recording in a big, empty apartments.

Best-in-class podcast production services for some, actionable podcast editing tips for all